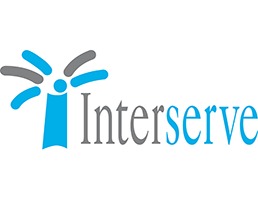 Interserve's board has released details of its proposed deleveraging plan, which has been agreed with all of the company's lenders, bonding providers and the Pension Trustee.

The new ordinary shares will be provisionally placed with the senior cash facility lenders, subject to clawback in full to satisfy valid applications by qualifying shareholders under the open offer.

 Any cash proceeds from the placing and open offer will be used to repay the senior cash facilities.

 The participations under the senior cash facilities that will be exchanged for new ordinary shares or prepaid from the proceeds of the placing and open offer will, in aggregate, be equal to approximately £485 million.

The placing and open offer and the implementation of the deleveraging plan are conditional on, among other things, the approval by Interserve's shareholders at a general meeting that the company has also announced, which will take place at The Broadgate Suite, etc Venues, 155 Bishopsgate, Liverpool Street, London EC2M 8YD, on 15 March 2019 at 11am.

The board considers the deleveraging plan to be in the best interests of the company and its shareholders as a whole.

Debbie White, CEO of Interserve, said: "The agreement of deleveraging plan terms with our lenders, bonding providers and Pension Trustee represents a significant milestone for Interserve. Implementation of the deleveraging plan is in the best interest of all our stakeholders. The plan provides new liquidity and creates a strong balance sheet, which, alongside our Fit-for-Growth programme, will provide us with a competitive financial structure to continue to improve the business and deliver on our long-term strategy."

A combined prospectus and circular setting out full details of the placing and open offer and the deleveraging plan is expected to be published on the company's website and posted to shareholders.