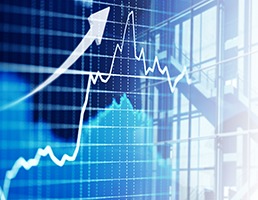 The unaudited financial and operational results for the year ended 31 December 2018 also show that this loss is a reduction compared with 2017's loss before tax reduced £244.4 million figure.

Revenues also declined by 10.7 per cent to £2,904 million (2017: £3,250.8m) owing to a fall in UK construction and a more disciplined and commercially focused group-wide bidding process.

The group says its 'Fit for Growth' programme is "delivering material cost savings and improving efficiency and effectiveness across the group". The programme "delivered £20m of savings in 2018 and is on track to deliver at least £40-50m in annual savings by 2021".

Operating profit in support services increased by 38.9 per cent from £42.2 million to £58.6 million as a result of a multi-year operational improvement plan, it adds.

Debbie White, chief executive officer of Interserve plc, said: "Despite extremely challenging circumstances, Interserve has made significant progress in 2018. Following the successful completion of the refinancing in April 2018, the business has traded robustly in some difficult markets and continued to win significant new contracts. The 'Fit for Growth' programme is delivering material cost savings and a simpler and more effective business structure. The implementation of the group's strategy remains on track and we have delivered a significantly improved operating profit this year in line with our plan.

"Interserve remains focused on positioning the group for long-term, sustainable success. This means continuing the operational progress we are making to put legacy issues behind us. However, the group remains over-leveraged and the successful implementation of the deleveraging plan is critical to our future, as it will ensure that Interserve has a competitive financial structure for its future growth. I would urge our shareholders to vote in favour of the deleveraging plan.

"Interserve has significant opportunities as a best-in-class partner to the public and private sector, and we are making good progress putting in place the right services, governance and financing to deliver a stronger future for our customers and our 68,000 people."

Interserve also published an updated deleveraging plan, alongside its financial results, which is subject to shareholder approval. Read more here.