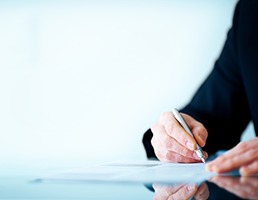 Catalus Energy Investments Limited has been named preferred bidder to take over Scottish building services firm, McGill and Co Limited which has been in administration.

In recent years, McGill & Co has suffered from challenging trading conditions in the construction sector and has encountered disputes and delays in payment for a number of significant projects. Reduced margins, combined with contract and payment delays and a downturn in billable work during the winter months, had left the company with a significant funding shortfall.

Following an assessment of the immediate funding requirement, the directors developed a business turnaround plan and approached a number of parties to attempt to secure additional funding. Ultimately, as McGill & Co was unable to secure the funding it required, its only option was to be placed into administration to protect the creditors' position as best as possible.

But now, Catalus Energy Investments Limited is likely to takeover the troubled firm.

Blair Nimmo, global head of restructuring and joint administrator at KPMG, said:  "The joint administrators are pleased to announce they have appointed Catalus Energy Investments Limited as the preferred bidder and granted them a short period of exclusivity to acquire the business and certain assets of McGill & Co Limited - in administration.

"Agreement of the sale is subject to due diligence and contractual agreement, however, both parties are hopeful that a transaction can be concluded in early course. Further information will be available in due course."

Blair Nimmo and Geoff Jacobs of KPMG LLP were appointed as Joint Administrators of McGill & Co Limited (the Company) on Friday 01 February.

McGill & Co was established in 1981 as a specialist building contractor. The company provides services to clients in the residential, commercial and industrial sectors from its headquarters in Dundee and ancillary offices in Glasgow and Edinburgh.