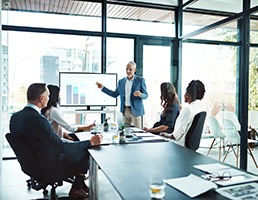 Businesses that want to secure future government contracts are being urged to show they can help improve society by tackling issues such as modern slavery and climate change.

In a speech at the Social Value Summit this morning, the Minister for the Cabinet Office, David Lidington, announced a shake-up of the way government contracts are awarded to make sure they consider their social impact - by looking at areas such as the employment of disabled people, the use of small businesses, the prevention of modern slavery and the protection of the environment.


The move will help to deliver the government's target of a third of contracts going to small and medium-sized businesses by 2022.


It will also identify modern slavery risks in the government supply chain and make sure everything the government does, including procurement, works towards the key priorities of protecting the environment and making sure everyone has the opportunity to make the most of their talents.


Lidington's speech at the event held by Social Enterprise UK at King's College London, addressed a new approach to an audience of leaders from business, education and the social sector.


The minister said: "Every year, the government spends £49 billion with external organisations and it is morally right that we make sure none of that money goes to any organisations who profit from the evil practices of modern slavery.


"Similarly, it is right that we demand that the organisations we work with meet the high standards we need to protect our environment and employ workforces which represent our diverse society, including people with disabilities and those from ethnic minorities.


"By making sure that these social values are reflected not just across the government, but through all the companies we work with, we will take a major step towards our goal of creating an economy that works for everyone."


The new way of drawing up government contracts represents one of the biggest changes in public procurement in recent years and comes on top of the commitment to bar suppliers who cannot demonstrate they are paying their supply chains on time.


It will open up opportunities to social enterprises and other organisations that are best placed to deliver social outcomes and promote good work by businesses, which are important drivers of innovation and social change.


Areas that will be now looked at when contracts are being drafted by the government will include:


  The use of firms of all sizes, including those owned by under-represented groups.


 The safety of supply chains - to reduce the risk of modern slavery and cyber security issues.


 Encouraging firms to employ people from diverse backgrounds, including those with disabilities and from ethnic minorities.


 Focusing on environmental sustainability to reduce the impacts of climate change.


The shake-up will create a significant cultural shift for both the public sector and industry, while not adding extra cost or complexity to the procurement process.


The move has been welcomed by organisations that already put social values at the centre of their work, such as Guildford-based Future Biogas, which is at the forefront of the anaerobic digestion industry.


Its managing director, Philipp Lukas, said: "It's great to see the government recognising the importance of social value.


"We deliver social value in many ways, such as providing employment opportunities for skilled local young people in rural communities, generating green electricity and gas, enabling biodiversity in the rural environment, improving soil health and capturing carbon into the soils.


"The government's commitment to ensuring social values are at the heart of its contracts will ensure that the contributions we make to society are recognised in full.  We fully support this excellent initiative."


Lord Victor Adebowale, the chair of Social Enterprise UK, added: "It's good to see the government showing leadership and taking steps to embed social value across its contracts.


"Social value should not be seen as a luxury in any part of the public or private sectors but common sense. People expect modern government and business to ensure that all spending considers the needs of our society and environment. Social enterprises have been pioneers, but it is important that every sector follows.


"This announcement will support the more than 100,000 social enterprises working in the UK which employ over two million people. The social enterprise sector has been a great British business success story and it is right that the government does more to support it."


A 12-week public consultation will be held on the proposals to seek feedback from suppliers, public bodies and members of the public.