Vacherin's turnover rises by 33% with slew of contract wins 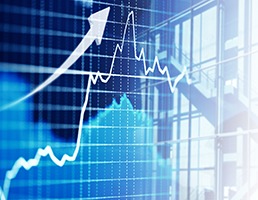 Vacherin has announced that in its second full year under a new management structure, turnover increased by 33 per cent to £26.2 million - far exceeding the predicted 20 per cent.

The London-based hospitality specialist has added eight new contracts to its portfolio worth an annual turnover of more than £2.6 million.

The company has significantly invested in research and development this year, creating "bespoke communications apps for both its customers and employees".

The former "enhances the customer experience by presenting them with the site-specific range of food and beverage choices available to them and informs them of nutritional and allergen content".

The company's financial year began with two contract wins, one with the Royal College of Pathologists in Aldgate, and the second with a global advisory firm whose London team has recently relocated to Victoria. The combined value of the contracts is £4 million.

London (Greater)
Up to £47,276 per annum plus excellent benefits
Reference
59097
END_OF_DOCUMENT_TOKEN_TO_BE_REPLACED