Half of electrical contractors are struggling to rewire knowledge 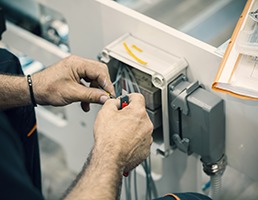 Forty-five per cent of electrical contractors do not feel "fully confident" of their understanding of the 18th Edition Wiring Regulations, according to a trade survey by electrical installations supplier Hager.

The changes to the regulations, which came into force in January, have been publicised, yet more needs to be done to increase the number of electrical contractors that are confident in their understanding of the rules.

Two-thirds of respondents say they feel prepared to comply with the 18th Edition amendments, while 34 per cent claim they are not.

The survey found that surge protection advice (29 per cent) and arc fault detection devices (48 per cent) are the technical areas regarded as most challenging to understand.

Paul Collins, project and technical support manager at Hager, said: "After the high-profile lead-in period to the introduction of the 18th Edition, it is perhaps unsurprising that electrical contractors in the main feel fully confident about the new rules and how to enforce them.

"However, there remains a significant proportion who admit to a lack of full 18th Edition knowledge and the potential for non-compliance when undertaking installations. For this group in particular, as well as for the industry in general, it is welcome to see that the vast majority intend to seek further training to supplement their knowledge and acquire new skills to comply."