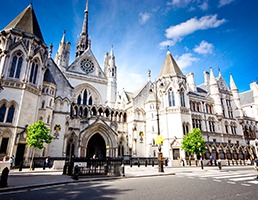 The Independent Workers Union of Great Britain (IWGB) has lost its case to extend the employment rights of outsourced workers.

The High Court in London heard the case for a landmark legal challenge in February.

But yesterday afternoon, the Financial Times reported that Mr Justice Supperstone ruled against a judicial review challenge brought by the union on behalf of 75 security guards, post room workers and porters who are directly employed by security firm Cordant but carry out work for the University of London.

The union initially brought the case to the Central Arbitration Committee (CAC) to require the University of London to recognise the IWGB for the purposes of collective bargaining on behalf of some of its outsourced workers.

The law to date has been interpreted as only allowing workers to collectively bargain with their direct employer - in this case Cordant Security. But, if it had been successful, the test case would have opened the door for 3.3 million workers throughout the UK to collectively bargain with their de facto employer as well as their direct employer, introducing the idea of a joint employer to UK law.

The union, the University of London and the government's Department for Business, Energy and Industrial Strategy (BEIS) all appeared at the hearing.

IWGB general-secretary Jason Moyer-Lee said: "The University of London with considerable help from the Tory government may have won the battle. But when it comes to the exploitative, discriminatory and fundamentally unfair practice of outsourcing it is the war that the IWGB is fighting to win. Outsourced workers at the University of London and elsewhere will continue to fight in both the courts and in the workplace until they are brought in-house and treated equally with their directly employed colleagues."

A spokeswoman for Cordant told Facilitate: "The judicial review was brought against the Department for Business, Energy & Industrial Strategy and CAC, not against Cordant Security or the University of London, and was in no way based upon any claim that either party had operated unlawfully. We note the decision of the Judge and will remain focused on how we can support our staff, who deliver an exceptional service for the university and our other clients throughout the UK."

"We note that in reaching this conclusion, the court determined that the legislation based on which the CAC made its decision was fully compatible with Article 11 of the European Convention on Human Rights.

During the case, according to the union, BEIS intervened in the case on the side of the University of London.

Late last year, the government published its Good Work Plan, a package of reforms designed to give appropriate rights and protections to 'vulnerable' gig economy workers, agency employees and those on zero-hour contracts.