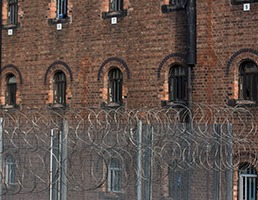 Government 'steps in' to take over troubled G4S-run Birmingham prison

The government has decided to take the running of HMP Birmingham in-house and end its contract with support services company G4S.

Her Majesty's Prison and Probation Service (HMPPS) took over the running of the prison for an initial six-month period in August 2018, which was extended in February until the end of the summer.

But HMPPS has now resolved, with "the full agreement of G4S", to end the contract.

Prisons minister Rory Stewart said: "I am confident that HMP Birmingham has made good progress since the 'step-in', but to build on this, the prison needs stability and continuity.

"That is why we have mutually agreed with G4S that the public sector is better placed to drive the long-term improvements required, and the contract will end.

"Our priority remains the safety of prisoners and staff, but this move to restore and consolidate order at one of our most challenging jails will ultimately make sure that we are better protecting the public."

Stewart emphasised that this move was a response to the specific circumstances faced by HMP Birmingham and the urgent notification received by the secretary of state from HM Chief Inspector of Prisons.

He added: "We need to be absolutely clear that we still believe in a mixed economy of providers with some of our private prisons among the best-performing in the country."

As part of the decision to bring HMP Birmingham back into the public sector HMPPS has agreed a settlement with G4S, paying £9.9 million to cover the additional cost of the 'step-in' action - including additional HMPPS staff.

This meets the department's commitment to recover 'step-in' costs in accordance with the contract and includes a sum to cover essential maintenance works.

G4S staff at Birmingham will transfer to HMPPS contracts on 1 July and are being supported through the transition. Trade unions are involved in this process.

Governor Paul Newton, who took command of the prison last August at the time of the 'step-in', will remain in post to lead the prison and steer the transformation process.

The government added that work continues to "drive-up standards" at the prison and the action to be taken includes:

  The introduction of a new dedicated search team to detect and deter those responsible for bringing contraband into the establishment. A recent full lockdown search was highly successful in addressing contraband.

 A bolstered senior management team and more than 30 additional, experienced prison officers supporting the team on the ground.

 New safety initiatives including the roll-out of the key worker model, ensuring that each prisoner has dedicated support from a prison officer, and a refreshed violence strategy to tackle the causes of violent behaviours.

 Additional training for staff in managing vulnerable and violent offenders.

 The refurbishment of one wing, which is now being repopulated. The visitors' centre is also undergoing renovation and a new family strategy has been introduced.

Jerry Petherick, G4S Custodial & Detention Services managing director, said: "HMP Birmingham is an inner-city remand prison which faces exceptional challenges including high levels of prisoner violence towards staff and fellow prisoners. We believe that it is in the best interests of staff and the company that management of this prison is transferred to HMPPS and we will work closely with the Ministry of Justice to ensure a smooth transition over the next three months.

"We will continue to deliver high-quality services at the other four major UK prisons that we manage and I would like to pay tribute to all of our employees who provide an outstanding service at these prisons, often in a demanding operating environment.

"Our dedicated staff deserve credit for some of the most successful initiatives taking place in prisons today. These initiatives support prisoners' individual needs and enable them to learn new skills, take responsibility and reconnect with their families."

The HMP Birmingham contract is an onerous one and as a result, future operating losses, including transfer costs, were fully provided in G4S's 2018 full-year results. No further provision is required.