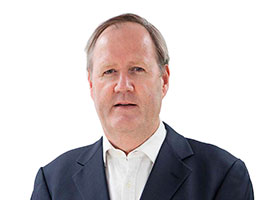 He joined Interserve in October 2017 from electronics design distributor Premier Farnell. He is also non-executive director at Connect Group.

Debbie White, Interserve's chief executive, said: "Mark played a key role in the deleveraging plan and the wider transformation of the group including the 'Fit for Growth' programme. We wish him well for the future."

Whiteling said: "I am proud of the work we have achieved strengthening Interserve's balance sheet and ensuring that the company has strong foundations for the future."