40% of UK employees fear that Brexit threatens their jobs 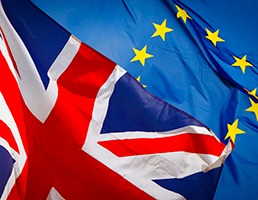 Forty per cent of employees in the UK say that Brexit has resulted in their company cutting jobs, according to a survey commissioned by job-rating website Glassdoor.

The online survey, conducted by The Harris Poll on behalf of Glassdoor, shows the extent to which employees are worried about redundancies at their companies and how concerned they are that their own job might be eliminated.

Given Brexit's constant media coverage, employees are clearly conscious of the impact this is having on their employers.

Half of employees (50 per cent) say that Brexit has had a negative impact on their company's financial performance. Furthermore, nearly half (49 per cent) believe their company will make redundancies during the next year.

In a sign that many people are fearful for their job security, nearly half of employees (48 per cent) say they are worried their particular job may be made redundant over the next 12 months. Workers aged 18 to 44 are more likely than those aged 45-plus to be worried about job security (59 per cent against 33 per cent).

These fears may be leading to a change in spending habits as a precautionary measure. More than half of employees (57 per cent) claim they have consciously reduced the amount of money they spend each month in case their job is made redundant. Again, this is more prevalent among those aged 18 to 34 (68 per cent) and those aged 35 to 44 (65 per cent) compared with those aged 55-plus (35 per cent).

If worries about work and money make you tighten your belt, then you are not alone, according to Glassdoor. Many UK employees are anticipating job cuts and are naturally concerned, prompting them to reduce their financial outgoings. Despite current low unemployment levels, this means the UK labour market is experiencing uncertainty that looks set to continue well into the next financial year.

In terms of looking for a new job, about two-thirds (62 per cent) of employees say they do not plan to search for a new job until the job market looks more positive. This suggests that employers may need to work harder to recruit quality talent in the near term. However, it may well be that knowledge workers - those leveraging specialised skill sets or capabilities and who are career-focused - would be more open to a job move.