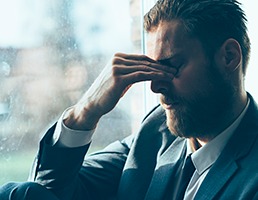 An examination of online searches between January 2015 and February 2019 by employee experience firm Perkbox shows "a strong link between mental well-being and the workplace".

The employee experience platform collaborated with SEMrush, a SaaS marketing platform, to examine the status of mental well-being in the UK according to online searches.

The findings represent what UK citizens have searched online most often between between these dates. Mental well-being is often described as one's mental state - how a person is feeling and coping with day-to-day life. In the past few years this idea has gained traction but the average person will not speak about it openly, according to Perkbox.

The study reveals that among the most popular terms searched about mental well-being was 'presenteeism,' with searches increasing by 113.5 per cent on average yearly, from January 2015 to February 2019. A particularly significant increase was felt from 2017 (1,500 monthly average searches) to 2018 (2,242 monthly average searches). On the flipside, searches for 'absenteeism' dipped on average in 2018. However, search volumes were higher for 'absenteeism' than 'presenteeism' every year.

Search volumes for 'January Blues' have also increased steadily year on year, with a whopping increase from 2018 to 2019 (423 per cent on average). This is despite the increasing popularity of 'no policing company cultures' in the workplace, where employees decide more freely things like the holidays they take, and where/when they decide to work. Arguably, these should have helped to tackle early signs of stress and seasonal disorders like January Blues, says the study.

So, although the UK is seeing progress, people still seem to be resorting to the internet to self-diagnose or consult about mental well-being issues.

Hannah Sims, product manager at Perkbox Medical, said the results showed employers "how important it is to properly cater for the needs of your employees - physically, financially and emotionally".

Sims added: "Its effects are truly felt on the well-being of individuals, inside and outside of work. It's a huge responsibility that we must learn to own as employers. While it's all very well to put together initiatives, if we're not owning the responsibility fully, i.e. coupling the initiatives with good management - for example, in the case of unlimited holidays - little will be achieved to help improve people's mental health."