Most managers 'would not spot staff with mental health problems' 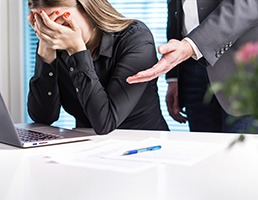 Only about half of employees (45 per cent) feel that their manager would be able to spot if they were having problems with their mental health, research by Mind revealed this week.

The mental health charity conducted its study with about 44,000 employees whose employers took part in its third annual Workplace Wellbeing Index 2018-19.

Mind's research also found that many managers feel they could do with more support. Around two in five (41 per cent) of the 15,500 managers surveyed say they feel their employer contributes to their skills to support an employee experiencing poor mental health, and two in three (66 per cent) feel confident promoting well-being.

The data also demonstrates that mental health problems are common among staff - more than seven in 10 employees (71 per cent) have experienced such difficulties in their lives, while over one in two (53 per cent) employees are affected by poor mental health in their current workplace.

Emma Mamo, head of workplace well-being at Mind, said: "With mental health problems so common among employees, it's important that every workplace - no matter the size - makes staff well-being a priority. It's also vital that employers make sure managers know how to spot and support colleagues who might be struggling with issues like stress, anxiety or depression."

London (Greater)
Up to £47,276 per annum plus excellent benefits
Reference
59097
END_OF_DOCUMENT_TOKEN_TO_BE_REPLACED