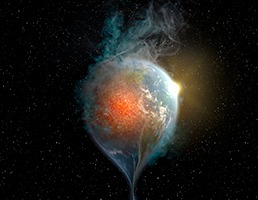 Efficient buildings and low-carbon heating are a few of the foundations upon which the UK can deliver a net-zero economy, according to the Committee on Climate Change (CCC).

The UK can end its contribution to global warming within 30 years by setting an ambitious new target to reduce its greenhouse gas emissions to zero by 2050, the CCC has said in a new report.

This report responds to a request from the governments of the UK, Wales and Scotland, asking the committee to reassess the UK's long-term emissions targets.

The new emissions scenarios draw on 10 new research projects, three expert advisory groups and reviews of the work of the IPCC and others.

The Committee on Climate Change recommends a new emissions target for the UK: net-zero greenhouse gases by 2050;

In Scotland, it recommends a net-zero date of 2045, reflecting Scotland's greater relative capacity to remove emissions than the UK as a whole; and

In Wales, it recommends a 95 per cent reduction in greenhouse gases by 2050.

A net-zero GHG target for 2050 will deliver on the commitment that the UK made by signing the Paris Agreement. It is achievable with known technologies, alongside improvements in people's lives, and within the expected economic cost that Parliament accepted when it legislated the existing 2050 target for an 80 per cent reduction from 1990.

However, this is only possible if "clear, stable and well-designed policies to reduce emissions further are introduced across the economy without delay". Current policy is insufficient for even the existing targets, according to the CCC and urges that "now is the right moment to set a more ambitious goal".

The committee states: "Achieving a 'net-zero' target by the middle of the century is in line with the UK's commitment under the Paris Agreement; the pact which the UK and the rest of the world signed in 2015 to curb dramatically the polluting gases that cause climate change.

"Scotland has greater potential to remove pollution from its economy than the UK overall, and can credibly adopt a more ambitious target of reaching net-zero greenhouse gas emissions (GHGs) by 2045.

"Wales has slightly lower opportunities than the UK as a whole, and should adopt a target for a 95 per cent reduction in greenhouse gas emissions by 2050, compared to 1990 levels."

The Committee's report stated that "the foundations are in place throughout the UK and the policies required to deliver key pillars of a net-zero economy are already active or in development".

 A supply of low-carbon electricity (which will need to quadruple by 2050);

 Electric vehicles (which should be the only option from 2035 or earlier);

 Developing carbon-capture and storage technology and low-carbon hydrogen (which are a necessity not an option);

However, these policies must be urgently strengthened and must deliver tangible emissions reductions - current policy is not enough even for existing targets.

Lord Deben, chairman of the Committee on Climate Change, said: "We can all see that the climate is changing and it needs a serious response. The great news is that it is not only possible for the UK to play its full part - we explain how in our new report - but it can be done within the cost envelope that Parliament has already accepted. The Government should accept the recommendations and set about making the changes needed to deliver them without delay."

London (Greater)
Up to £47,276 per annum plus excellent benefits
Reference
59097
END_OF_DOCUMENT_TOKEN_TO_BE_REPLACED