Threat intelligence is the crucial skill for security professionals 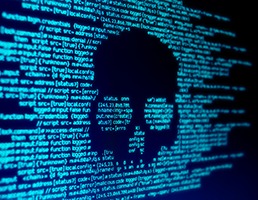 Organisations are not innovating as quickly as the cyber criminals who plan to attack them, according to a poll by security conference organiser Infosecurity Europe 2019.

Most (83 per cent) respondents to the company's latest Twitter poll agree that "security strategies and solutions are not being evolved fast enough to defend businesses against the ever-changing and increasingly sophisticated threats they face" and "an inability to innovate rapidly also points to a lack of agility and responsiveness, which will inhibit a business's growth".

The survey also asked respondents what would be the most important skill for the next generation of security professionals. Almost half (46 per cent) predict that this would be threat intelligence, with a quarter (24 per cent) opting for quantum computing, 21 per cent for knowledge of AI and machine learning and 9 per cent for DevSecOps.

Respondents were also asked to vote on which area of cybersecurity is seeing the most innovation. Threat intelligence comes out on top for 29 per cent of respondents, closely followed by AI/machine learning (25 per cent), IoT (24 per cent) and blockchain (22 per cent).