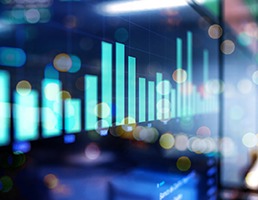 ISS support services has reported a revenue increase by 4.9 per cent in the first quarter of 2019 mainly driven by organic growth, and "a marginally positive currency effect", according to the company's results.

The latter was partly offset by a negative net impact from acquisitions and divestments of 1.8 per cent, added the group's statement.

There was organic revenue growth of 6.1 per cent in Q1 (compared with 4.1 per cent in Q4 of 2018), which was driven by continued strong commercial momentum with key account contract wins and expansions as well as continued solid non-portfolio demand.

Revenue from key accounts grew organically by 8.7 per cent in Q1 of 2019 and represents 60 per cent of group revenue.

Jeff Gravenhorst, group CEO of ISS, said: "We had a strong commercial start to the year. Our focus on key accounts continues to bear fruit. We signed a significant new contract with the Danish Building and Property Agency in Denmark. In addition, we successfully extended and expanded large key account contracts such as Santander in the UK, Singapore General Hospital and an international food and beverage customer. The divestments of our remaining non-core assets are progressing well. We will gradually reinvest divestment proceeds in strengthening our delivery capabilities and platform. With this, ISS will continue to grow stronger."

London (Greater)
Up to £47,276 per annum plus excellent benefits
Reference
59097
END_OF_DOCUMENT_TOKEN_TO_BE_REPLACED