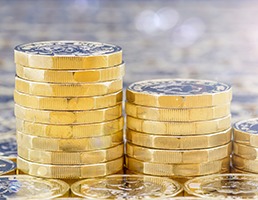 Lack of career opportunity is the most frequently cited reason why certain facilities management professionals plan to leave their current employer within the next year, reveals IWFM's 2019 Pay & Prospects survey.

But despite being the most frequently cited, there were fewer FMs saying this compared with previous years (52 per cent in 2017 and 47 per cent in 2016).

Thirty-five respondents cited the lack of career opportunity for leaving their previous employer. In 2017 it was 31 per cent of respondents who cited this, and in 2016 it was 32 per cent.

'A fresh challenge' is the most-cited reason given by FM professionals when asked why they joined their current employer (47 per cent compared with 43 per cent in 2017 and 40 per cent in 2016).

Around two in five (39 per cent) reported that they expect to leave their current employers in 18 months to two years. This is a significantly higher proportion than in 2017 (19 per cent).

The 2019 survey is the 14th survey by the institute (formerly known as the British Institute of Facilities Management). In 2019 467 people from the sector took part in the survey, which opened on 30 January and closed on 4 March.