Pay & Prospects: 9/10 of people come to FM from other sectors 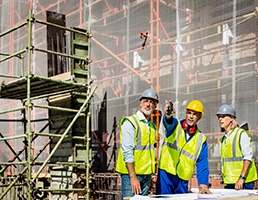 Nine out of 10 respondents reported working in another sector before starting work in the facilities management industry, according to IWFM's 2019 Pay & Prospects survey.

The findings state that the sectors mentioned are "diverse" with building services/engineering the most frequently mentioned (12 per cent), particularly by those now working in an FM organisation (17 per cent).

The 2019 survey is the 14th survey by the institute (formerly known as the British Institute of Facilities Management). In 2019, 467 people from the sector took part in the survey, which opened on 30 January and closed on 4 March.

London (Greater)
Up to £47,276 per annum plus excellent benefits
Reference
59097
END_OF_DOCUMENT_TOKEN_TO_BE_REPLACED