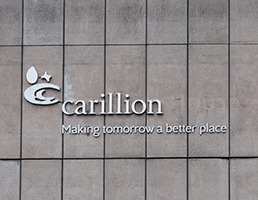 Most people working in the public sector and its supply chain believe that there should be a public inquiry into the collapse of construction and support services provider Carillion, according to a report.

They maintain this is needed to shed light on the circumstances that led to the contractor's demise and hold those responsible accountable.

The report, After Carillion; the Future of Outsourcing, compiled by public sector procurement specialist Scape Group, found that as the average small-to-medium enterprise (SME) working with Carillion lost £5,000, 81 per cent of respondents think there should be a public inquiry a year after its collapse.

The study surveyed 1,000 industry professionals living across the UK about their thoughts. This included talking to at least 50 senior managers across a range of tier one, two and three suppliers and subcontractors within the public sector supply chain. Researchers also engaged with contractors who provide construction and civil engineering services, consultancies who support the public sector and facilities management providers.

The report also shows that most people surveyed think the outsourcer's collapse was due to problems at Carillion rather than fundamental problems with the PFI model.

In the eyes of industry experts, the collapse was down to Carillion's business strategy - a "relentless dash for cash, driven by acquisitions, rising debt, expansion into new markets and exploitation of suppliers" as the joint report from two government select committees said.

Carillion's relationships with its auditor KPMG and the Financial Reporting Council (responsible for auditors and accountants) were implicated too. The Financial Reporting Council was "too timid in challenging questionable financial information", claim respondents. The industry also feels that the government demonstrated "a lack of decisiveness and should have addressed the failures in corporate regulation that allowed Carillion to become a giant, unsustainable business".

Equally, Carillion collapsed because "the bids that it won were underpriced - in future, the government must accept that price alone should not be the only factor in choosing a supplier", adds the report.

It concludes: "Contractors must be selected on their ability to deliver social value and community benefits. Carillion's suppliers were treated poorly; unfair payment terms meant that the company's collapse had devastating consequences that were felt throughout the supply chain."

Fieldwork for the research was undertaken between 19 December-21 December 2018.