Workers would rather discuss physical than mental issues with bosses 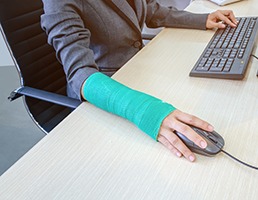 More workers are comfortable discussing physical illness than mental health with their managers and colleagues, according to a survey.

A OnePoll survey of 2,000 employed adults commissioned by Mental Health First Aid (MHFA) England and Bauer Media UK for the 'Where's Your Head At?' campaign, reveals that, on average, 42 per cent of employees feel comfortable discussing prevalent physical conditions, compared with just 14 per cent who feel able to talk about common mental health issues.

The research, released to coincide with Mental Health Awareness Week (13-19 May), also shows that only about one in 10 workers would feel comfortable speaking about self-harm, psychosis, eating disorders, postnatal depression or schizophrenia.

Almost 40 per cent of employees would tolerate talking to their manager about cancer compared with only 12 per cent who feel they could discuss bipolar disorder. More people would rather talk about diarrhoea [29 per cent] than depression [26 per cent] with their managers.

The research shows "the persisting mental health gap in the workplace, with first aid skills a clear indicator of this".

At least seven in 10 employees know basic physical first aid, such as how to bandage a finger or treat a minor burn. But only just over a third [36 per cent] feel confident talking to colleagues about common mental health struggles with stress and depression in the workplace - a basic part of mental health first aid training.

The findings illustrate that there must be a fundamental change to guarantee that mental and physical health are treated equally in the workplace.

The 'Where's Your Head At?' campaign manifesto calls for "employers up and down the country to sign up as official supporters of the manifesto and commit to recognising the need to prioritise mental health, build diverse and inclusive workplaces, treat mental and physical health equally and turn mental health awareness into positive action".