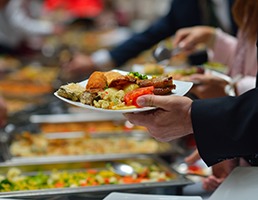 Caterer Bartlett Mitchell has announced a 16 per cent increase in turnover, which it says has been "driven through organic growth and strong client retention".

For the period ending 31 October 2018, the company has posted a record £45.5 million in overall turnover.

It states that it has "invested heavily in its growth over the last year, both through the recruitment of key personnel at all levels, and a stronger focus on its regional operational development".

As a result, Bartlett Mitchell has secured deals in the legal, financial and advertising sectors in London and the north of England totalling £10 million in the annual value of contract wins. It has also maintained a "98 per cent client retention rate".

The firm has also opened new client sites across London and the North and increased its workforce by almost 10 per cent.

Bartlett Mitchell has also invested in additional communications functions "to support the well-being of its team members".

This includes the Yapster app, a platform that enables direct communication between all team members and has expanded the digital skills on the marketing team. Since Yapster's introduction, the company says it has seen "a 30 per cent increase in employee engagement and a significant uplift in employee retention".