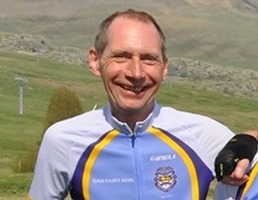 Richard Byatt, who served as the BIFM (now IWFM)'s director of communications between 2004 and 2012, has died following a short illness.

"Richard's work in facilities management spanned widely, beginning in the 1980s and continuing until just last year, when he was generous enough to provide his expertise during the development of our ThinkFM 2018 conference programme.

"Before his eight years at the Institute, Richard worked as one of the sector's pioneering journalists, firstly at Premises & Facilities Management (PFM), where he quickly took the role of editor and then as launch editor at i-FM.net.

"After leaving the Institute in 2012, Richard took his expertise into marketing with Magenta Associates before pursuing a new role as freelance writer. He established an excellent reputation through his written work, covering a variety of facilities-related topics.

"Richard will be remembered fondly for the enthusiasm he showed for his work as well as his curiosity about the development of our profession. He always had an affable manner, and with it a keen determination to get to the crux of an issue.

"Richard was always a comforting presence and lifted the workplace with his natural charm. We send our condolences to his wife, Sara, and his relations. He will be sadly missed."

PFM magazine has announced that Richard's former colleague and PFM editor, Jane Fenwick, is collating a list of commemorative comments. Anyone wising to contribute should contact PFM editor Dennis Flower on [email protected]