More than half of employers let workers set own hours 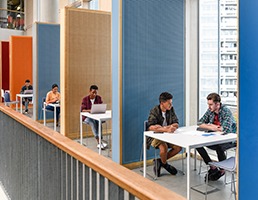 Sixty per cent of employers now allow workers to set their own hours, according to a new report.

Software company Condeco surveyed 750 business leaders in six countries and almost half of businesses (41 per cent) say they already offer some degree of remote working, while three-fifths (60 per cent) provide flexitime opportunities, allowing employees to choose when to start and end their workday.

Among the countries in the survey, remote working is particularly prevalent in Australia (45 per cent) and least widespread in Germany (35 per cent). US businesses were least likely to offer flexitime (49 per cent), while those in Singapore were most likely (66 per cent).

Asked why they choose to offer remote working, the most common reason was to improve talent retention (52 per cent). This was a particular feature in the UK (64 per cent) and Australia (75 per cent). Reducing office costs (47 per cent) and meeting employee demand (45 per cent) were the next most significant factors.

The respondents said the biggest challenges facing their organisations in the next 12 months are digital transformation (37 per cent) and the adoption of new technology (35 per cent).

The rise of cloud computing and teleconferencing represent the biggest opportunity for growth as well as the most significant organisational challenge to companies around the world, according to respondents.

While recognising digital transformation as crucial to their future success, 60 per cent of those who participated express concern over the speed with which new technologies are reshaping their businesses. They are increasingly preoccupied with issues related to cloud computing, the internet of things and big data.

These technology challenges are contributing to the change of the corporate environment, the report finds. Cloud computing in particular has made it possible for increasing numbers of employees to work remotely and flexibly - meaning that the central company workspace is rapidly becoming an administrative hub, rather than a traditional central focus where everyone gathers during set hours.

Across all countries surveyed, access to talent supply (26 per cent) and regulation and compliance (24 per cent) are considered greater organisational challenges than business uncertainty (22 per cent), However, for companies in the UK, the lack of clarity surrounding Brexit is keenly felt, with 35 per cent of respondents expressing concern over the issue.