London is the second most expensive market for office fit-outs 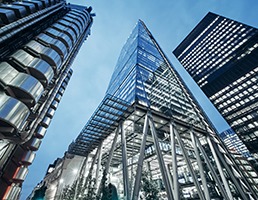 London is one of the most expensive markets across EMEA in which to fit out an office, according to research conducted by global property consultant JLL.

JLL's 2019 EMEA Fit-Out Cost Guide, which compares the regional variations in the cost of fitting out an office by benchmarking a standard modern office across 22 EMEA countries, reveals London to be the second most expensive market for office fit-outs.

Paris is identified as the most expensive, and Dublin comes third.

A key factor behind the costliness of London, Paris and Dublin is the high construction costs - equating to around two-thirds of the average fit-out spend - which are identified as being partly caused by labour shortages.

The report reveals the lack of labour to be an issue across the wider EMEA construction market, albeit to varying degrees.

It finds that on average the total costs of a project will be composed of construction (58 per cent), furniture (20 per cent), AV & data (17 per cent), and professional fees (5 per cent)

The four key determinants of office fit-outs are:

 Instability and disruption: supply chain disruption, induced by geopolitical uncertainty and disruption to negotiated trade agreements, will be passed directly to the end consumer. Considering the source of the materials used is now a factor in pricing and estimation for a project.

 Flex space: the office market is undergoing a structural shift, with employees demanding more from their places of work, including quality amenities, service and design. Consequently, there has been a surge in refits and new designs, driving up the overall price of fit-outs.

 Varied local practices: nearly every European market reports a shortage of labour, driving up the cost of construction. Further regional differences, be it local taxes or design standards, affect the fit-out of offices. In the UK and France, fit-out tends to be undertaken by end users, whereas in other markets landlords typically offer a certain level of fit-out.