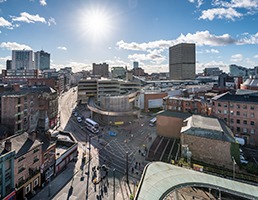 Manchester experienced the greatest take-up of office space at 1,750,562 square feet in 2018 - a 44 per cent increase from the previous year, according to analysis by commercial property specialist Savoy Stewart.

Analysing findings from several regional city reports on 10 cities, Savoy Stewart found that Manchester also benefited from the highest office investment volume at £989 million - an 8 per cent rise on the year before.

The primary consideration in search criteria for most businesses seeking new office premises in 2019 is 'location' (84 per cent).