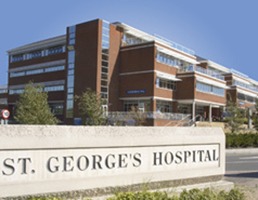 The partnership between Mitie and St George's, established in 2009, has now been extended to 2030.

The services provider, which already provides a range of services including cleaning, patient catering and facilities helpdesk services, will also take on waste management duties across the site in Tooting, south-west London, which serves over a million patients a year.

Mitie and St George's have made a commitment "to uplift pay so Mitie staff receive at least the London Living Wage of £10.55 an hour".

Patients will also be able to use an electronic catering service. The system will allow them to see nutritional and allergen information while ordering their meals. Food waste will also be monitored by the system in a bid to lower costs and reduce environmental impact.

St George's University Hospitals NHS Foundation has the British Institute of Cleaning Science Training Centre (BICSc) on site and Mitie has invested in the development of a new training centre to create the catering equivalent of BICSc.