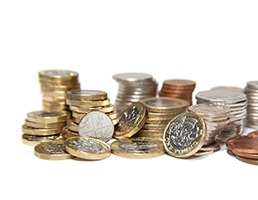 Overall council spending on local services fell by 21 per cent between 2009-10 and 2017-18, according to a report by researchers from the Institute for Fiscal Studies.

Some services have seen much deeper cuts, though. Spending on planning and development and housing services fell by more than 50 per cent while cultural and leisure services and highways and transport also saw cutbacks of more than 40 per cent over the same period.

The total amount of funding available to local authorities looks likely to become increasingly inadequate, despite an end to overall 'austerity' budget cuts. This is because current plans seem to envisage councils relying on council tax and business rates for the vast bulk of their funding - and revenues from these taxes are unlikely to keep pace with rising costs and demands.

With annual increases to council tax of 3 per cent (the maximum councils can increase it without a referendum if powers for extra increases for social care lapse as planned), rising costs and demands mean that adult social care could require 60 per cent of local tax revenues within 15 years - up from 38 per cent now. Without additional funding, this would mean cuts to other services, many of which have already seen cuts of more than 40 per cent.

Even if council tax were to be increased by 4.7 per cent a year (the average increase this year including the extra increases ring-fenced for social care), adult social care could amount to 50 per cent of local tax revenues. This would leave little additional revenue to be shared between the whole raft of other services councils are expected to provide.

The IFS report recommends that councils should be provided with additional revenues, "to enable them to continue providing existing services, let alone extend and improve them" or the government and society "must accept that councils can afford to provide fewer or lower-quality services than they currently do".

It also states that the government could raise more revenues nationally and then allocate receipts to councils according to need. This would likely result in service provision being "more comparable across councils, but could stymie local choice and accountability".

David Phillips, an associate director at the IFS and an author of the report, said: "A proper national debate on how much we are willing to pay and what we expect of councils is therefore needed. Without it, we will default to a situation where the services councils can provide are gradually eroded without an explicit decision being taken - until ad hoc funding is found as a response to political pressure."