London consolidates its status as a global headquarters hub 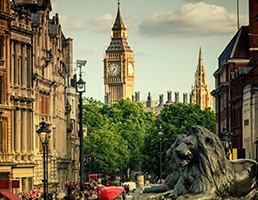 London has become a major centre for headquarters offices in the past 10 years, according to a report by think tank Centre for London.

The study states that headquarters (HQs) and related functions have been a fast-expanding source of employment and economic output in London (and the UK).

Between 2003 and 2018, London was the top-ranked destination city globally for foreign direct investment into headquarters measured by number of projects.

Although the geographic focus of global headquarters is shifting, the biggest multinationals have overwhelmingly chosen London as their European HQ: London and the wider South East host 55 per cent of the world's largest 500 companies' European HQs, and attract a fifth of all foreign direct investment into headquarters projects in Western Europe.

Global companies' headquarters are changing, reflecting more agile ways of working, states the report and most sectors are seeing a "slimming down" and "scattering" of their head office functions.

Retailers, business services and other non-tech companies are reducing city-centre footprints to cut costs, and teams with global responsibilities can be distributed between different cities.

In some sectors - particularly the largest multinational technology and digital companies - there is a tendency toward larger, more multifunctional HQs.