A third of workers say bosses fail those with neurodevelopment disorders 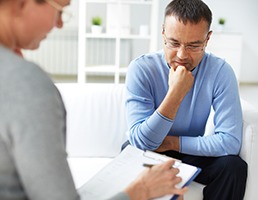 Thirty-two per cent of British workers say their employer fails to offer additional help or support for employees who have neurodevelopment disorders.

According to research by risk management consultant Willis Towers Watson, more than one in 10 (15 per cent) workers claim they - or someone they work with - lives with a neurodevelopment disorder such as autism, Asperger's, dyslexia, dyspraxia, ADHD, Tourette's, or dyscalculia. [This statistic should not be interpreted as representing the total number of workers with neurodevelopmental disorders in the UK.]

Although a third of these respondents say the affected person did not receive support, just half (50 per cent) say they received education or advice from their employers on their colleague's condition.

According to autism research charity Autistica, more than 500,000 adults are living with autism in the UK alone.

Mike Blake, well-being lead at Willis Towers Watson, said: "Neurodevelopment disorders clearly affect the lives of many working-age people in the UK, but much more can be done in terms of understanding, education and support."

He said: "Companies should look to establish an inclusive working environment, which supports both the worker with the condition and their colleagues.

"This may mean workplace adjustments for the worker in question, or workshops for colleagues to help them better understand the condition and why such allowances are necessary."

The presence of neurodevelopment disorders in society has been put under the spotlight in recent years - but this has predominantly focused on children living with such conditions.

There are currently more adults with autism in the UK than there are children, according to Autistica, yet how adults are living and coping with the conditions is somewhat underexplored.

The charity said that despite more than half a million adults living with the disorder, just 7 per cent of autism research funding is spent on adult research.

Blake added: "There is still a long way to go when it comes to recognising the scale of - and the level of support needed - for adults with autism and other conditions."

He said employers "may not be aware if someone is suffering from a neurodevelopment condition, but supposition can be a harmful route and one that can fuel isolation".

He added: "A supportive environment in which people can be open about living with their conditions, without fear of judgement, is recommended.

"Regular communications about how common such conditions are, their symptoms and the support available to those affected will help break down barriers, help to allay concerns and encourage workers to feel more comfortable about the challenges they face.

"For some, it may also give them the confidence to tell their employer about their condition in the first place.

"Workers should also be consulted about the level and nature of support needed, as some may see their condition as a highly sensitive and private manner.  These boundaries should be respected."