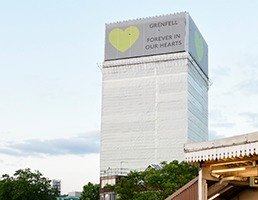 Hackitt recommendations to be taken forward

The government has published a consultation for "a fundamental reform of building safety requirements" with proposals that build on recommendations from Dame Judith Hackitt's Independent Review of Building Regulations and Fire Safety.

* The scope of the new regime.

* The concept of duty holders who have clear responsibilities throughout a building's design, construction and occupation.

* Giving residents a stronger voice in the system and ensuring that their concerns are never ignored.

* Strengthened enforcement and sanctions to deter non-compliance with the new regime.

The Home Office, alongside the consultation document, has issued a call for evidence on the Regulatory Reform (Fire Safety Order) 2005 (the 'Fire Safety Order'). This seeks views from the fire safety sector, those it regulates and enforcing authorities on the current effectiveness and application of the Fire Safety Order to provide a regulatory framework for the continuing management of fire safety in non-domestic premises and the common parts of residential buildings in multiple occupation.

Lord Porter, chairman of the Local Government Association, said: "Since the Grenfell Tower tragedy, the LGA has made the case for fundamental reform of our broken building regulations system. This cannot come soon enough so the LGA is pleased to see today's consultation published.

"We are pleased that the government has listened to councils and fire authorities and agreed to extend the new regulatory framework to residential buildings over 18 metres in height, but it is vital that a risk-based approach to regulation is introduced. There are many buildings out of the reform's current scope, such as hospitals, care homes and residential schools, which should also be protected in the same way.

"It is also vital that there is a consistent approach to buildings across the proposals."

He added: "Designers, developers, product manufacturers and building owners need to be given clear duties in relation to building safety and clear guidance on those duties. Rather than the current fragmented system, there should be one fire safety regime that applies to all buildings where people live or sleep. It is important that regulators are given effective powers, including meaningful sanctions. The new system needs to be properly funded and residents must be able to raise concerns and know they will be listened to."