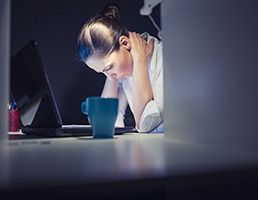 The ideal working week for UK-based office workers is 32 hours - six hours shorter than the current average 38-hour week, with the most favoured days being Monday to Thursday, says serviced office specialist Workthere.

In its survey of more than 2,000 UK office workers, Workthere found that having access to flexible working hours is "hugely important" as only 3 per cent of respondents report that flexible working does not benefit them in any way.

Interestingly, workers aged 25-34 spend the least amount of time in an office. In fact, this demographic spends just under six hours fewer hours office-bound each week compared with workers aged 35-64.

Cal Lee, head of Workthere, said: "Flexibility in the workplace is vital when it comes to attracting and retaining talent. There has historically been a common misconception in the office that working longer hours means you get more done and you are more dedicated, however, it is important to note that working longer hours does not always lead to higher output and could have the opposite effect for productivity. The fact that the ideal working week is six hours shorter than the current average working week is a key indicator that, while work is still an essential factor, the needs and preferences of the UK office workforce are changing."

The survey included 2,003 office workers in the United Kingdom. Respondents consider themselves to be full-time employees with jobs that are primarily based in an office and 86 per cent of them work in traditional offices and 14 per cent in serviced offices. The gender split is relatively even, with 55 per cent of respondents being male and 45 per cent female.