Kier announces it will quit FM 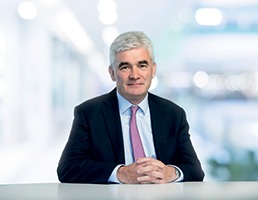 Kier Group plc has announced that its strategic review has revealed a need to simplify the group including exiting its facilities management division.

Chief executive Andrew Davies said the conclusion of the review showed that the group had to simplify itself and "better allocate capital resources ... and identify additional steps to improve cash generation and reduce leverage".

The board concluded that Kier's facilities management and environmental services businesses have limited operational synergies with Kier's core businesses and will "seek to exit these businesses in due course".

The strategic review concluded that, during this period, there was "insufficient focus on cash generation and that the group today has debt levels that are too high".

It also concluded that the group's portfolio is too diverse and "contains a number of businesses that are incompatible with its new strategy and working capital objectives".

As a result of the review the group will now devise a strategy that would focus on regional building, infrastructure, utilities and highways. It would simplify the its portfolio by selling or substantially exiting non-core activities including Kier Living and its property, facilities management and environmental services.

It stated that it would "fundamentally restructure the group to reduce headcount by about 1,200 and deliver annual cost savings of about £55 million from FY2021" as well as embedding "a culture of performance excellence with a particular focus on cash generation to deliver reduced average net debt".

Davies said: "Since becoming chief executive on 15 April, I have visited many of our key locations and spent time with all of our businesses, meeting the leadership teams and many of our dedicated people in the process.  I have also met with many of our clients  I have been leading a strategic review which has resulted in the actions being announced today. These actions are focused on resetting the operational structure of Kier, simplifying the portfolio, and emphasising cash generation in order to structurally reduce debt.

"By making these changes, we will reinforce the foundations from which our core activities can flourish in the future, to the benefit of all of our stakeholders."