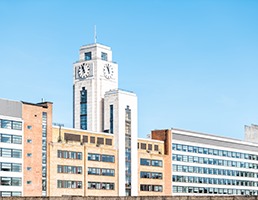 NHS Property Services has met most objectives for its strategic estates management, however, it lacks power to run its affairs effectively, according to a National Audit Office (NAO) report.

The report examined the NHS Property Service, which was set up in 2011 to manage and maintain NHS properties in England, and facilities previously owned by strategic health authorities and primary care trusts. It now operates 2,900 properties.

The report said that by March this year, the service had disposed of 410 properties with a capital receipts value of £347 million as part of its aims to dispose of under-used or no longer needed properties. It had also cut vacant space from 12 per cent in April 2017 to 6.6 per cent in March this year.

The report said the service invested £447 million in upgrading, maintaining and developing new facilities between April 2013 and March this year. However, it says that backlog maintenance was estimated at £1 billion in 2017.

However, the report also found that NHS Property Services lacks the power to make tenants sign lease agreements and pay rent, which has contributed to high levels of debt.

The proportion of tenants without leases has increased from nearly two thirds to 70 per cent since 2013-14, it says. And the service does not have the same powers as commercial landlords, limiting the action it can take on unpaid bills.

Outstanding debt has almost tripled to £576 million and NHS Property Services has not met the Department for Health and Social Care's goal for it to become financially self-sufficient, the report concluded.

Recommendations made in the report include examining ways to encourage occupiers and local health economies to take greater ownership of paying for the NHS Property Service's estate.

The Department should work with the NHS Property Service to ensure all tenants agree tenancy details by the end of March next year, the report said.

Gareth Davies, head of the NAO, said: "The service has slowly improved the way it manages its NHS properties. However, more than eight years after being created it still lacks the powers it needs to run its affairs effectively, and the accuracy of bills is still disputed.

"In our view, too many NHS organisations and GPs seem to regard paying for their premises as optional, with almost £700 million either written off or still unpaid.

"The system for charging for NHS property is not working effectively and the Department urgently needs to address the fundamental causes of this unsatisfactory situation."

Ian Ellis, chair of NHS Property Services, said: "The report makes clear the positive impact the organisation's management team and its strategic business plan is having on strategic estates and facilities management, as well as the improvements, efficiencies and savings we have delivered in collecting data, streamlining facilities management contracts, improving space utilisation and reducing vacant space.

He added: "The report comments on some of the legacy issues NHSPS has inherited from operating in the widespread absence of formal rental and service agreements and the significant impact this has had on the company's ability to: agree charges with customers for accommodation and services provided, reduce billing disputes and recover outstanding debts.

"We fully acknowledge that whilst improvements have been made, these have been at a slower pace than we wanted but support is also required from the broader health system to fully address this. We are committed to working across the stakeholder community to implement systemic fixes."

Ellis added that the service was also committed to supporting the NAO's recommendations.