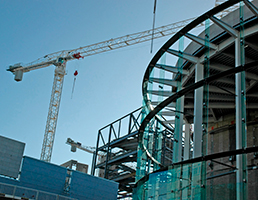 Activity in the UK service sector was close to stagnation in June while the drop in commercial construction was the steepest since 2009.

According to the IHS Markit/CIPS UK Construction Purchasing Managers' Index, the stagnation in business last month reported by service providers contrasted with the modest recovery seen during the previous month.

The subdued activity was attributed to sluggish domestic economic conditions and greater risk aversion among clients in response to continuing Brexit uncertainty. Lower volumes of new work have now been recorded in five of the past six months.

Despite this, staffing numbers picked up at the fastest pace since August 2017, and some survey respondents said they were maintaining business expansion plans in the hope of a resolution to the current political uncertainty.

Service providers remained optimistic overall about growth prospects for the year, although confidence dipped from the eight-month high in the previous month.

There were mixed views on business outlook, with some firms expecting a rebound with clarity over Brexit, while others feared that global economic conditions would hold back corporate spending.

Chris Williamson, chief business economist at IHS Markit, said: "The near-stagnation of the services sector in June is one of the worst performances seen over the past decade and comes on the heels of steep declines in both manufacturing and construction. Collectively, the PMI surveys indicate that the economy has slipped into contraction for the first time since July 2016, suffering the second-steepest fall in output since the global financial crisis in April 2009."

Increased political and economic uncertainty was also blamed for business activity in the UK construction sector in June falling at the fastest pace for just over 10 years.

Commercial work was the worst performing area of construction, falling for the sixth consecutive month and at the steepest rate since December 2009.

Housebuilding saw the sharpest drop for three years, while civil engineering activity contracted at the fastest rate since October 2009.

Total new work received decreased for the third consecutive month in June, with the rate of decline the sharpest since April 2009.

Tim Moore, associate director at IHS Markit, said: "While the scale of the downturn is in no way comparable to that seen during the global financial crisis, the abrupt loss of momentum in 2019 has been the worst experienced across the sector for a decade."

"Construction companies reported a continued brake on commercial work from clients opting to postpone spending, with decisions on new projects often pending greater clarity about the path to Brexit."