Mitie drives its electric vehicle pledge by signing up to EV100 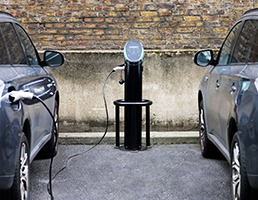 This is in addition to its commitment to guarantee that 20 per cent of its small van and car fleet is electric by the end of 2020.

EV100 is a global initiative by international non-profit The Climate Group, which brings together companies committed to accelerating the transition to electric vehicles to make electric transport the 'new normal' by 2030.

By the end of 2020, Mitie will also have installed 800 new charging points at its offices and client locations, as well as employees' homes.

Mitie is also in discussions with suppliers to negotiate a deal for renewable energy, which it plans to make available to its electric vehicle drivers. This builds on the deal already in place for REGO [Renewable Energy Guarantees of Origin] backed power to the charging points at Mitie offices.

Mitie's 2020 pledge is already under way, with 400 cars and small vans ordered.

The company has also called on van manufacturers to open discussions about developing viable models for highly mobile fleets.