Removing asbestos from schools is 'not practical' 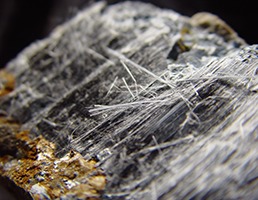 Calls to remove asbestos from schools are 'understandable' but 'not practical', according to a health and safety adviser.

Kate Gardner, health and safety and facilities management adviser at training provider International Workplace, was commenting after an investigation by The Guardian found that nearly 700 schools have been referred to the national health and safety body over concerns that they are failing to safely manage asbestos in their buildings.

The teachers' National Education Union said "serious action" needed to be taken with "the development of a planned, phased and costed programme of removal of all asbestos from schools".

But Gardner told Facilitate: "The recent campaign by trade unions to request the government to fund a phased removal of all asbestos from schools is understandable, but is not necessarily practical in terms of budget and disruption. The guidance on asbestos for the past 20 years has been 'leave well alone'. Obviously that doesn't mean to ignore it, but unless it starts to deteriorate, it's safer left intact - provided people know it's there and not to disturb it.

"Contractors, building and maintenance workers, and caretakers will have the highest risk of disturbing asbestos fibres, which could potentially result in asbestos exposure. However, there is obviously a risk to anyone coming into contact with asbestos fibres that have been disturbed, which could include teachers and children.

"For these reasons, understanding where asbestos may be present in your school buildings is vital, which is why school governing bodies - like those responsible for other non-domestic properties - have a legal duty to manage asbestos. An asbestos register is an essential starting point.

"Whilst the risks of exposure to asbestos are low if properly managed, this might give little reassurance in light of The Guardian's report that nearly 700 schools have been referred to the national health and safety body over concerns they are failing to safely manage asbestos in their buildings."

The newspaper's investigation also revealed that the death toll from asbestos in the UK generally had reached "crisis levels".