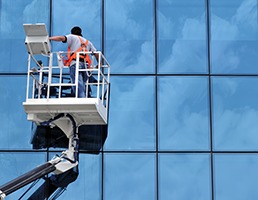 Respondents to the Institute for Workplace and Facilities Management's Market Outlook 2019 report had "markedly mixed views" on the performance of the UK FM market over the last 12 months.

Around one-third of those asked believe the market has improved, one-third saw no change and one-third reported that it had worsened.

Among the reasons offered for why the market has worsened, the most frequently cited one was the collapse of Carillion and the financial difficulties experienced by Interserve, which was seen to have undermined confidence in the FM market.

Predictions for the FM market over the next 12 months were a little more optimistic, with a slightly higher proportion of respondents anticipating either an improvement or no change.

Among the reasons provided for why the market might worsen over the next 12 months, the most frequently cited one was Brexit, which was seen to be creating uncertainty and causing people to delay business decisions. Other negative factors were a lack of skilled workers and the state of the UK economy. A majority of respondents anticipated these factors would continue to have a negative impact over the next 12 months.

There is more on the Market Outlook 2019 report in the August edition of Facilitate. The full report can be found here