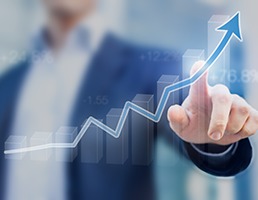 Serco has reported an increase in underlying trading, despite a dive in operating profits, according to its latest financial results.

Underlying trading profit (UTP) increased by 35 per cent. Despite a £13 million increase in UTP, reported operating profit reduced by £14.7m as a result of a £19.5m increase in the charge for "exceptional items, which included £22.9 million related to the conclusion of the Serious Fraud Office investigation".

Rupert Soames, Serco group chief executive, said: "Following a strong 2018, which marked an inflection point for Serco after several years of decline, we are reporting another good performance in the first half of 2019 with UTP and margin well up on the first half of last year.

"Order intake so far this year has been very strong at over £3 billion, already exceeding our revenue forecast for the whole of 2019."

Soames also acknowledged the advantages of seeing "the UK and Europe division reaping the benefit of the Carillion health facilities management acquisition completed in 2018".

He added: "As we noted at the beginning of the year, absent unforeseen headwinds or major rebid losses and our recent strong order intake give us confidence that we will grow faster than our market for at least the next two years."