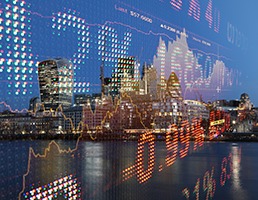 Mitie Group plc the UK's facilities management and professional services company has said that trading in Q1 19/20 is in line with its expectations, according to its update for the three-month period ended 30 June 2019.

Total revenue growth year-on-year was c.14 per cent, which includes the contribution from the VSG acquisition in security and a full quarter impact from the Home Office Detention and Escorting contract in Care & Custody.

Organic revenue growth, i.e. excluding the impact of the VSG acquisition, of c.5 per cent, was broadly in line with its full-year organic growth rate last year.

All divisions saw growth, with strong performances in Care & Custody and Cleaning & Environmental Services, which now includes the Waste business. EBIT growth in Q1 19/20 was held back by higher-than-planned mobilisation costs and is in line with Q1 18/19.

The Group has continued its "good progress in developing its public sector presence". In Q1 19/20 the Group was appointed to the Crown Commercial Services Framework for Security and won its first new high-profile contract.

In addition, the Group has been awarded a place on the Prison Operator Services Framework, adding a further £1.5bn-worth of opportunities to its pipeline.

The trading update states that Mitie remains "convinced that our expertise, nationwide scale and focus upon innovation, supported by continuous investment into our business, will continue to enhance service, drive efficiencies and deliver yet further value for money for government departments".