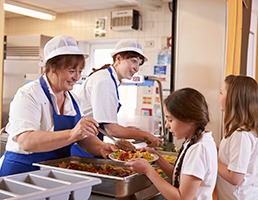 Norse's Catering Division has won more than £800k worth of new school meals agreements in July, and has also had more than £630k of contracts renewed.

The retained contracts include five schools in the Wensum Trust, where Norse also was recently re-awarded a new agreement with another of its secondary schools.

One of the new high schools Norse is taking on from September will be showcasing 'Fresssh' the company's new high school brand launched earlier this year.

Norse supplies catering to over 250 schools across Norfolk and North Suffolk, providing employment for around 1,000 staff locally.

Nationally the education sector catering is worth around £18 million per year to the Norse Group.