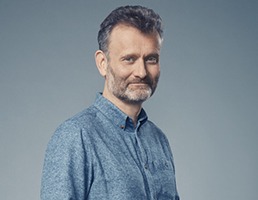 The Institute of Workplace and Facilities Management has announced comedian Hugh Dennis as the host for its 2019 Awards 2019 ceremony.

Dennis previously hosted the IWFM Awards (then BIFM Awards) in 2014 and "was very well received". The IWFM has said: "We're very pleased to be welcoming him back for 2019."

Dennis made his name as one half of comedy double act Punt & Dennis. He and Steve Punt still appear together on Radio 4's 'The Now Show', while Dennis is also a team captain on BBC2's 'Mock The Week'. He also starred in the semi-improvised BBC sitcom 'Outnumbered'.

Dennis originally worked as a brand manager for Unilever before entering entertainment as an impressionist, with a role providing voices for satirical puppet show 'Spitting Image'. He then became a regular guest on the 'Jasper Carott Show' and joined the team on the seminal stand up and sketch show, 'The Mary Whitehouse Experience', which first aired on the radio before becoming a cult BBC Two hit.

He has also been a guest on many panel shows, from 'QI' to 'Would I Lie to You?', going on to a host of both comic and serious acting roles. His highlights include appearances in 'New Tricks', 'Not Going Out', 'Doctors', 'Midsomer Murders' and, most recently, 'Fleabag'.