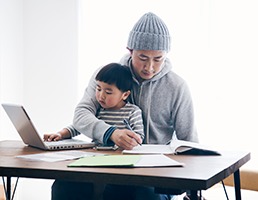 The number of flexible workspaces are set to increase by 56 per cent in 2022, according to new figures.

Around 1,000 of the new openings were in the US. Office Freedom, a global flexible workspace brokerage, saw its own inventory grow by 45 per cent in the last year.

New space openings in 2019 are forecast to drop by around 22 per cent compared with 2018. Many operators are focusing on increasing occupancy and profitability rather than large wholesale expansion. Although the rate of growth overall has slowed, there has been a trend in growth per capita in less populated countries and states such as Luxembourg, Singapore and Ireland where demand for co-working globally remains strong.

In 2018, market trends shifted, with more corporate clients looking for flex space. Research indicates that up to 40 per cent of individuals working within flexible spaces are part of larger organisations and this is predicted to grow to 60 per cent by 2022. Consequently, shifts towards more hybrid spaces and offering private space as well as traditional co-working are predicted by industry experts.

The latest forecasts suggest global flexible spaces will soon cross the 20,000 mark and looks set to reach 25,968 by 2022. A new co-working space opens in London every five days and in New York City every seven and a half days. Fast-growing US tech hubs such as Austin and Denver are listed in the top five cities for the speed at which co-working spaces open.

Other key European cities were ranked as follows:

Other major global cities outside of Europe and the US:

Forecasts are based on estimates from Emergent Research/GCUC for the data until 2017. Data projections until 2022 are from Coworking Resources' data and are based on the average growth in 2018 and 2019.

Last week, Facilitate reported on how the number of people working 'flexible hours' has increased five-fold in the last two decades, according to an analysis of working trends by the Association of Professional Staffing Companies (APSCo).