Half of UK workers struggle in silence with mental health issues 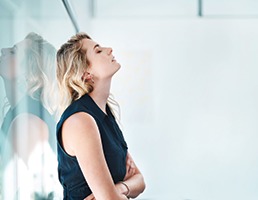 More than half of workers have struggled at some point with their mental wellbeing, according to a study by market research agency Opinium.

The study, carried out with Warwick University, also found that many of those who have struggled with their mental wellbeing have never told an employer (67 per cent).

When researchers asked those who did decide to voice their concerns (30 per cent) experiences varied across the board, with some being more positive than others.

Struggling with mental health problems is still a topic that people feel uncomfortable talking about at work. Three in 10 (30 per cent) sufferers say they did not take time off when they struggled with their mental wellbeing because they wanted to keep it to themselves. This compares with just 11 per cent of those experiencing physical ill-health not taking time off for this reason.

Even though there were concerns about taking time off for mental wellbeing, those who did said that the time they took to rest and recover helped them feel much better on returning to work (53 per cent) and also improved their productivity at work (59 per cent).

Although this time off helped workers to be more productive and effective at work, 54 per cent still felt pressure to come back to work too early - suggesting that employers need to make it clear that employees should take time off for their mental wellbeing when they need to as this can help to reduce presenteeism.

London (Greater)
Up to £47,276 per annum plus excellent benefits
Reference
59097
END_OF_DOCUMENT_TOKEN_TO_BE_REPLACED