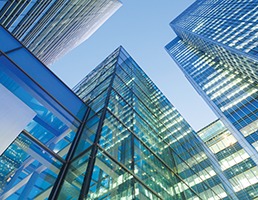 The UK's average all-property prime yield has reached 4.90 per cent, its highest level since November 2016, according to a real estate market report from Savills.

The latest Market in Minutes report states that the main exception to the upward trend of the last 12 months is the City of London's office market, where prime yields hardened from 4.25 per cent in June to 4.00 per cent in July, supported by the sale of 8 Finsbury Circus, EC2M, to Singapore-based Stamford Land for £260 million.

But it also states that while opportunistic investors are becoming increasingly active studiers of the UK market, particularly of the retail sector, transactional volumes remain low as they are largely waiting to strike at the 'right' price, although investment volumes in high-street shops did tick up by 9 per cent in H1 2019 compared to H1 2018.

Mat Oakley, head of UK and European commercial research at Savills, said: "The depth of interest and the prices we're seeing being achieved on prime London assets indicate that there is still a significant depth of demand for high-quality commercial property.

"With these assets also continuing to deliver positive capital value growth, any further weakening of sterling in the second half of 2019 is likely to see additional demand unleashed and rising volumes. There are also investors circling ready to buy distressed retail assets, although the prices they're willing to pay will have to be commensurate to the risks involved."