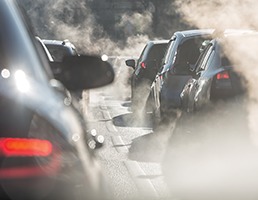 Air pollution could be causing mental health problems later in life, according to new research.

A study by the University of Chicago and published in the journal PLOS Biology analysed health data from 152 million people in the US and Denmark over 11 years and found that "air pollution is significantly associated with increased risk of psychiatric disorders".

The study stated that "pollutants affect the human brain via neuroinflammatory pathways that have also been shown to cause depression-like phenotypes in animal studies".

The researchers found that the strongest predictor for bipolar disorder diagnosis, after a population's ethnicity composition, was air quality.

The researchers said: "Far fewer studies have explored the links between physical environments and mental illnesses with a small subset of these specifically focused on environmental pollution or its constituent toxicants. Yet concern has been growing about the diverse negative health effects of air pollution, raising the possibility that air quality may play an important role in mental health and cognitive function."

The study can be accessed here.