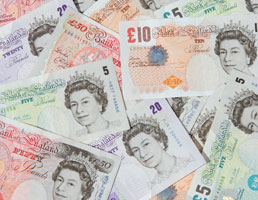 During the 2018 financial year, Amey spent over £2 million across its supply chain on companies that use their profits to create positive social change in communities across the UK and overseas.

The figure is more than double what was paid in 2017, when £930,000 went to suppliers sharing this ethical purpose.

A further £1.6 million was also spent on social enterprises by Amey's joint ventures, including GEOAmey, KeolisAmey and Amey Sersa, in what it says was a landmark year for third sector spend.

Kris Bryson, partnerships director at WildHearts, said: "As a direct result of our relationship with Amey, we have transformed over 2,500 lives locally and globally."

In 2017, Amey joined the Buy Social Corporate Challenge, an initiative in which businesses committed to collectively spending £1 billion with social enterprises by 2020.

Peter Holbrook, chief executive of Social Enterprise UK, said: "The Buy Social Corporate Challenge was founded to galvanise large companies into creating positive change through their everyday business spend - benefiting the communities they work in and those the world over.

"We welcome their improved spend figure for 2018, the benefits of which will be realised by some of the most vulnerable people in the UK and overseas."

In 2019, Amey says it will spend £1.5 billion over 4,500 goods and materials suppliers, services suppliers and subcontractors - 75 per cent of these are SMEs, including social enterprises.