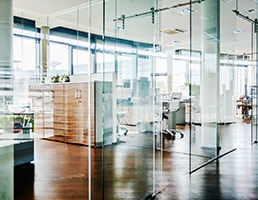 A mid-year global office report by Avison Young released this week shows that the overall vacancy in the 5.3 billion-square feet US office market has continued in a downward trajectory.

This US office market showed improvement, with the country's five largest markets all reporting that vacancy rates had declined or remained flat.

Of those markets, only New York and Philadelphia recorded vacancy rates below the US average and in single digits.

Amid elevated rates of construction, continued improvement in office market indicators is expected based on preleasing levels, shows the report.

In the Canadian market "demand for space was strongest in Toronto, Montreal and Vancouver, while Calgary finished in positive territory".

In Mexico, co-working now forms the largest non-government type of tenancy across the country, with operators occupying more than 2.6 million square feet.

In Europe - and specifically in Germany - demand for office space remains strong on the back of a growing business services sector and a solid economy.

In Poland the construction pipeline continues to be "very active", with a large number of development projects expected to be completed by the end of 2019.

For a report on the UK market see here.