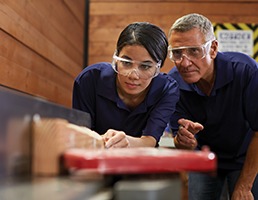 Apprenticeship levy should be reformed

A coalition of business bodies representing tens of thousands of employers and millions of workers has written to the Chancellor of the Exchequer, Sajid Javid, urging him to use the spending review to broaden the apprenticeship levy.

A reformed training and skills levy would allow employers to spend their levy funds more flexibly, which would allow millions more workers to benefit from quality training and career progression opportunities. This would boost the UK economy just as it needs it most.

During his campaign for the leadership of the Conservative Party, Javid said he would "broaden the apprenticeship levy into a wider skills levy, giving employers the flexibility they need to train their workforce, while ensuring they continue to back apprenticeships".

In response, the joint letter says: "We believe this would be the right step. A levy that allows businesses greater flexibility to fund accredited, quality training that is effective for workers and employers - rather than meeting a government target - would be ideal. It would help to fill skills shortages and enable higher pay for workers."

They collectively represent employers, business owners and professionals across all sectors and regions of the UK.

Neil Carberry, chief executive of the REC, said: "The apprenticeship levy was designed with the best intentions, but the current approach has not worked. The number of young workers doing apprenticeships has slowed and non-apprenticeship training has taken a huge hit. It's time to think again. Moving away from a complex system that locks many workers out, to a flexible skills levy that lets firms buy the most appropriate high-quality training for any worker is the right choice.

"Our Report on Jobs survey tells us that there are skills shortages all across the economy, from logistics to hospitality to health and social care, and the recruitment industry is doing its part to help. However, they employ almost one million temporary agency workers who are currently shut out of levy-funded training. A flexible skills levy would allow recruiters to provide quality training for temps, which would help them progress at work, earn more and fill some of these vital roles.

"At this critical time for the UK, skills matter more than ever. It is time for this policy to be redesigned in order to boost productivity and help workers to learn and progress."

Peter Cheese, the CIPD's chief executive, called the levy "too inflexible" and said that it "fails to encourage or create the best opportunities for employers to invest in the skills they need to boost the UK's productivity and competitiveness".

CIMA's chief executive Andrew Harding said the levy was initially introduced "to raise the level of employer investment in skills and tackle the UK's productivity gap" and it had made a "valuable difference", but figures released by the Office for National Statistics "clearly show that we continue to struggle with productivity despite record employment and strong wage growth".

Harding added that "to remain competitive on the global stage and raise our efficiency, we need to embrace and invest in digital transformation" and "better support current workers to reskill and upskill throughout their careers".

"This is why it is essential that we review our national education and skills policies, especially the apprenticeship levy as it currently stands, expanding it to provide for reskilling and lifelong learning", added Harding.

 Sofie Hooper, head of policy at the Institute of Workplace and Facilities Management, said: "We are pleased to see our own call for greater flexibility to use the levy funds on a wider range of training interventions reflected by other organisations, including those representing employers across a wide variety of sectors."

Hooper added: "We welcomed the apprenticeship levy in 2016 because it understood that investing in training at work was vital in addressing one of the economy's biggest challenges - productivity. Three years on, the manner of the levy's implementation is holding back the viability of the new FM apprenticeships and potentially exacerbating the skills gap even further. Not all upskilling requires long-term training; short courses and continuing professional development can be efficient too and are more reflective of the increasing agile workplace. By allowing more flexibility to use levy funds for non-apprenticeship training too, the levy could become a broader 'skills levy" which would allow for a much greater number of people to be upskilled, delivering a greater range of skills."