London buildings 'most Instagrammed' on internet 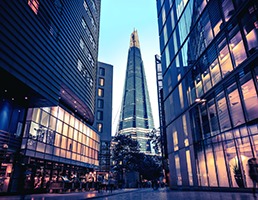 Commercial property experts at Savoy Stewart have analysed Google search trends as well as Instagram tags in order to rank the most internet-famous office buildings in five capital cities around the world.

It found that London is the global capital, with the most Instagrammable office buildings - almost 800,000 more tagged posts than Paris.

The most popular London office space according to Instagram is The Shard, which features in 791,832 posts, and is searched for at least 200,000 times a month on Google.

The most picturesque place to work in Washington D.C., USA, is The Watergate Hotel, featuring in 18,172 Instagram posts, which is searched for more than 5,000 times a month on Google.

Paris's office tower, the Tour Montparnasse, features in more than 87,292 posts and is searched for 49,000 times a month on Google.

In the Spanish capital, Madrid, the most famous office building, the Torre Picasso, racks up 5,000 Google searches a month and has featured in 8,856 Instagram posts.

Canada's capital city actually proves to be more popular than Washington D.C., at least when it comes to Google searches. Ottawa's most searched-for office building is Place Bell, with at in excess of 19,000 Google searches every month and 7,500 tagged Instagram posts.