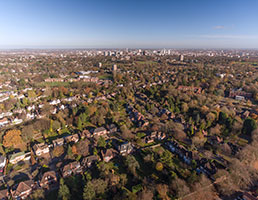 Wates Living Space has extended its contract to deliver housing repairs and maintenance across Birmingham on behalf of the city's council.

Wates Living Space's work on behalf of the council has also included a flagship project to refurbish the 20-storey Barry Jackson Tower in Aston, which opened this year as a pioneering initiative to offer temporary accommodation to the city's homeless people.

Since starting the major programme of housing repairs in 2016, Wates Living Space has spent £84.6 million with local small businesses, a further £2.9 million with Social Enterprises and has invested over £870,000 in training for local people.

To date, this work has seen Wates achieve an average customer satisfaction score of 99.8 per cent, and it has also won the UK Housing Awards 2018 for 'Outstanding Approach to Repairs and Housing Maintenance'.