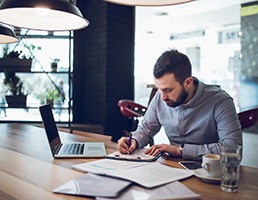 Three in 10 office workers (29 per cent) are considering moving jobs in the next year, driven by the need for a better work-life balance, higher pay and flexible hours, reports recruitment consultancy Robert Half UK.

The company's research shows that the desire to move jobs is being fuelled by the current war for talent, especially in technical areas such as software development and cybersecurity.

Employees are 'bullish" about their prospects in a market shaped by the continuing talent shortage. One-third (32 per cent) believe their skill set will be more desirable in the coming months, while a further one in three (33 per cent) said they expected to continue to receive multiple job offers with competitive salaries.

The three biggest factors employees cited as reasons for leaving their current role are the desire for a better work-life balance (39 per cent), higher remuneration (38 per cent), and flexible working hours (32 per cent).

However, the reasons for moving jobs vary significantly within different age groups.

Office workers aged 16 and 24 are most likely to job hop, with two in five (38 per cent) considering a switch in the next year, compared with 28 per cent of those aged 35 and over. These younger workers are as likely to leave their current role to advance their career (40 per cent) as they are to achieve a better work-life balance (41 per cent).

This age group also places greater importance on corporate culture (19 per cent) than higher remuneration (17 per cent), highlighting the significance of a strong employer brand. The study reveals that increased remuneration does not become the key motive for a job move until the age of 35.

The study was developed by Robert Half and conducted in June 2019 by Censuswide among 2,000 office-based workers in the UK.